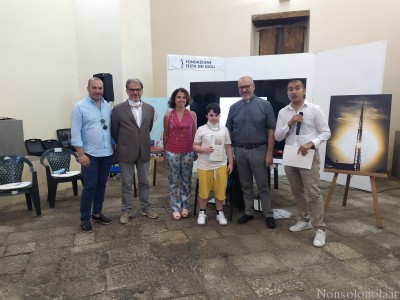 📌 Intangible Theatre in streaming: starting from the concrete reality of the shows made, another one is created, connected to the first, but dematerialized and virtual.  The principle of distance relationships theorized by J. Bell is recalled, based on the principle of the immateriality of information, which are transmitted instantly at any distance (in entanglement), even without a classical means of connection, such as light.

In the light of the opening of this new communication channel, Formediterre, with the Admoveo exhibition spread online, relaunches and goes on, consolidating the relationship between artist and spectator, kept alive in these months so particular by the project Formevisive, which has never ceased to suggest and propose a new language, a new way of understanding and making theater.